The Cognitive-Functional Composite (CFC) was designed to improve the measurement of progression in early dementia stages of Alzheimer’s disease (AD), by providing a short and clinically relevant measure focusing on the cognitive domains and activities of daily living that are sensitive to decline in early AD.

The CFC combines the short version of the Amsterdam IADL Questionnaire and a brief neuropsychological test battery focusing on episodic memory and executive functions [1, 2]. The CFC was designed with input from the Capturing Changes in Cognition (Catch-Cog) working group as well patients and caregivers [1]. Subsequently, the psychometric quality of the CFC was evaluated in the Catch-Cog study; an international, multi-center, independent longitudinal validation study including individuals with mild cognitive impairment (MCI) and mild dementia due to AD [1].

The CFC was found to have good test-rest reliability, and patients and caregivers experienced the content of the CFC as relevant and the administration as user-friendly [2, 3]. Further, it was shown that the CFC has good construct validity and quality for the target population, as evidenced by associations with clinical and biological measures of disease severity [4, 5], and limited range restrictions in scoring at baseline [5]. Longitudinal findings from the Catch-Cog study revealed that the CFC detected change over one year, and that decline over time was associated with informant-reports of decline in everyday abilities [6].

The cognitive component includes seven existing cognitive tests that are administered by a trained rater (duration: 20-25 minutes). The A-IADL-Q-SV measures 30 cognitively complex instrumental activities of daily living, and is completed independently by the study partner on a tablet computer (duration: 10-15 minutes). An overview of the content is provided in the table below. 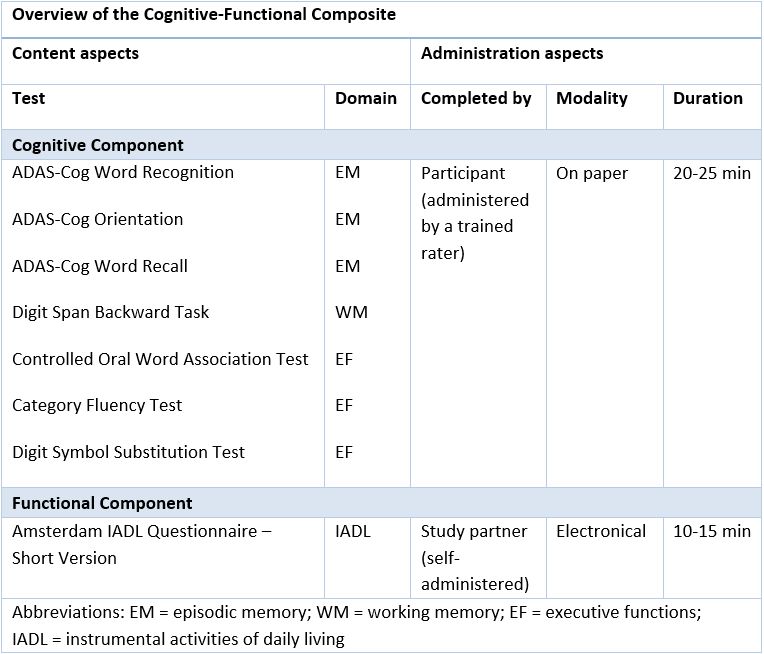 Are you interested in using the Cognitive-Functional Composite, or do you have any questions? Please contact us at amsterdamiadl@amsterdamumc.nl, or watch our information video (in Dutch). 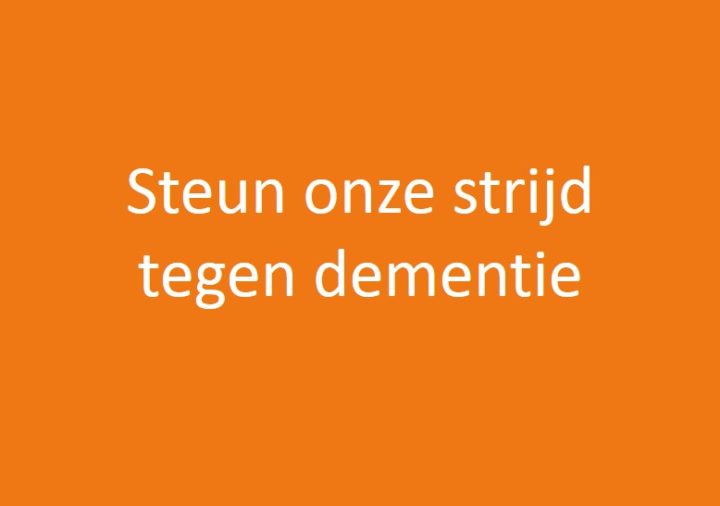