John Harrison is an Associate Professor with the Alzheimer Center Amsterdam. John works with the Alzheimer Center team to validate new cognitive testing paradigms for use with individuals living with Alzheimer’s disease. He collaborates extensively with team members across a range of medical disciplines and has supervised PhD research in the unit. Further, John is visiting Professor at KCL’s Institute of Psychiatry, Psychology & Neuroscience, and Principal Consultant at Metis Cognition Ltd. Metis is an applied psychology practice established to advise with the selection and successful integration of cognitive testing into therapeutic development programs. Metis provides consultancy to more than 60 companies involved in the development of new drugs for indications including Alzheimer’s disease, depression, schizophrenia and Parkinson’s disease.

John has previously served as Head of Neuropsychology at CeNeS Pharmaceuticals (1997-2000), Principal Consultant of CPC Pharma Services (2000-2007) and as Principal Scientist at CogState Ltd. (2007-2011).  He speaks on the use of cognitive testing at various international meetings, including the American Alzheimer’s Association roundtable events, the European Task Force for Alzheimer’s disease and the THINC Cognition in Depression initiative. He holds Chartered Psychologist and Associate Fellow status with the British Psychological Society, and Chartered Scientist status with the UK Science Council. He has authored/co-authored more than 70 books and scientific articles, including a popular neuroscience book ‘Synaesthesia: The Strangest Thing’. 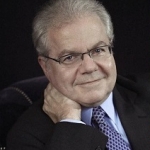 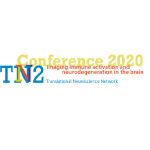